We are happy to welcome back MotherBoard blogger and working mom of three Lindsay Watson to share her thoughts on how a simple “What’s for dinner, mom?” led to a big realization… and a lot of cheesy cracker goodness.

We all strive to be our best selves, but being human means we spend a good portion of our time flat on our face.  I’ve had my fair share of those days, and any other honest mom would surely say the same.  But those deplorable days are just as valuable as the good.  And one of my greatest examples of this lesson began with a box of Cheese Nips.

About a year ago, I had one of those weeks where the wheels all fell off the proverbial family bus at the same time.  Four out of five of us were sick, I had three overlapping deadlines at work, the boys had two last minute school projects, the toilet broke while my fix-it hubby was out of town, and there was a partridge in a disgruntled family tree. In the grand scheme of things, these weren’t tragedies by any stretch.  However the combination of all these things occurring all at once, made me feel as though an unshakeable black cloud was raining over me wherever I went.

By dinner time one night that week, I was close to  tears and had reached my mommy- threshold with three hours of servitude still to go.  As I looked at the clock, I then heard a little voice say, “Mama, what are you making us for dinner?” I finally snapped. I

proceeded to storm to the pantry and grabbed the first thing in sight: a box of Cheese Nips. I slammed it on the counter and shouted, “Cheese Nips!  Cheese Nips are for dinner.”  I turned and marched to the living room leaving three stunned children in my wake.  I flopped back into a chair, closed my eyes and attempted to rub my temples into an improved Zen state.  Nothing helped.  I was just done.

After a couple of minutes of relative quiet with my eyes squeezed tightly shut, I felt a little hand on my arm.  My 6-year-old son was standing quietly in front of me with the box of Cheese Nips tucked under his elbow.  He said nothing but stared at me.  I held my breath in an effort to control my rising anger as I was sure another request was about to come out of his mouth.  When he continued to quietly study my face with his big brown eyes, my curiosity for his intentions grew.  Finally, he reached out and gently pushed back the sleeve of my shirt.  While never wavering in his stare, his little hand began to tenderly scratch my forearm back and forth.  In silence he did this for maybe a full minute, but to me it felt like an eternity.  I’ll never forget the simple words he finally spoke.

“Mama, when I’m bigger I’m going to make you great dinners all the time.  And you are going to sit down, and I’m going to cook for you.  Someday, Mama.”

A rush of air came out of my lungs as I exhaled the breath I didn’t even realize I was still holding.

I felt a surge of conflicted emotions, and still do as I recall that poignant moment that began with my mini freak-out session.  Of course I regretted the shouting and acting ridiculous by slamming a box of cheesy crackers on the table.  However, despite my relative failures that day, we ALL had been gifted this  incredible teachable moment.  I learned that even when I am less than I hoped, I end up giving more than I imagined. I’m not just appreciated at home when I’ve fulfilled my self-imposed 110% obligation.  Sometimes I’m appreciated more when I fail.  And for my kids, tucked inside that little box was also a lesson about  gratitude, empathy, generosity, and kindness.  Dropping the relative “motherhood ball” was just as therapeutic for them, as it was for me.

In that moment, I resisted the urge to jump up and oblige my children by preparing them a healthy, made to order dinner.  Instead, I scooted to the side of my chair and shared that seat with my son as we cracked open the box.  My other two children joined in and we giggled together as we took turns dipping our hands into the box.  I’ll never forget that night, the little hand scratching my arm or the gifts that were shared that unexpected evening…..when Cheese Nips were served for dinner.

One thought on “Cheese Nips for Dinner”

Follow our journey as a small group of entrepreneurs (who just happen to be moms with 10 kids under age 10 between them) set out to change the work landscape for professional mothers. MotherBoard.me will launch in mid-2016. This blog tells the story of our startup process and chronicles the joys and challenges of running a startup while running our families. 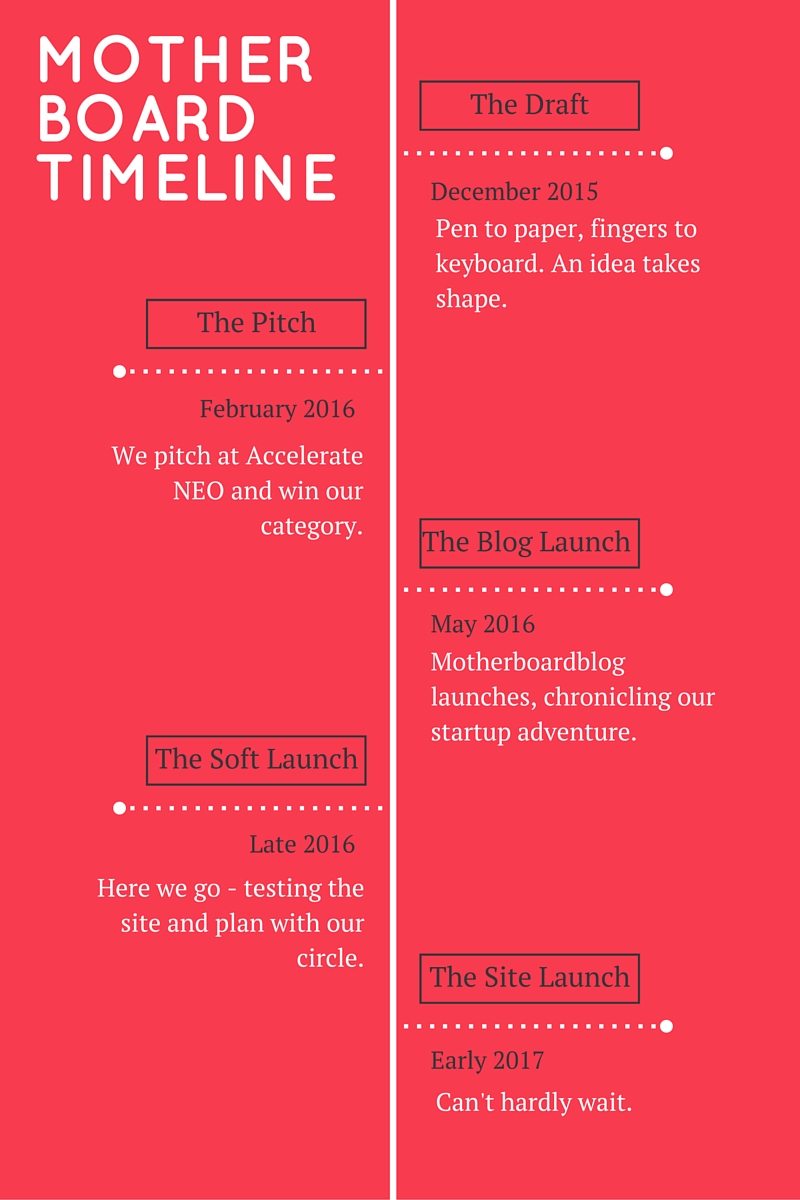